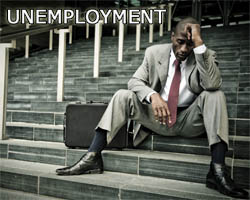 First-time claims for U.S. unemployment benefits dropped below 300,000 for the first time in well over a year in the week ended October 9th, according to a report released by the Labor Department on Thursday.

Economists had expected jobless claims to edge down to 319,000 from the 326,000 originally reported for the previous week.

With the bigger than expected decrease, jobless claims dropped to their lowest level since hitting 256,000 in the week ended March 14, 2020.

The Labor Department said the less volatile four-week moving average also fell to a pandemic-era low of 334,250, a decrease of 10,500 from the previous week’s revised average of 344,750.

Continuing claims, a reading on the number of people receiving ongoing unemployment assistance, also tumbled by 134,000 to 2.593 million in the week ended October 2nd, hitting the lowest level since March of 2020.

“While the September jobs report revealed a slower pace of job creation, the labor market recovery continues to move forward and the claims data are consistent with an improving employment situation,” said Nancy Vanden Houten, Lead Economist at Oxford Economics.

She added, “We expect further progress in the months ahead as the health situation is improving following the surge in cases over the summer from the Delta variant.”

Last Friday, a more closely watched Labor Department report showed employment in the U.S. increased by much less than expected in the month of September.

The Labor Department said non-farm payroll employment rose by 194,000 jobs in September after climbing by an upwardly revised 366,000 jobs in August.

With the bigger than expected decrease, the unemployment rate slid to its lowest level since hitting 4.4 percent in March of 2020.

Treasuries Give Back Ground Amid More Upbeat Vaccine News