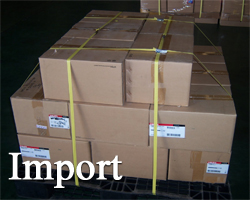 Import prices in the U.S. increased by less than expected in the month of September, according to a report released by the Labor Department on Friday.

Meanwhile, the report showed export prices inched up by 0.1 percent in September after rising by 0.4 percent in the previous month. Export prices were also expected to increase by 0.6 percent.