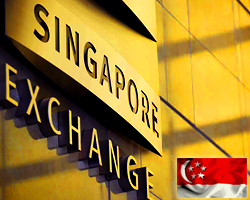 The total value of Singapore’s non-oil domestic exports was up a seasonally adjusted 1.2 percent on month in September, the Singapore Department of Statistics said on Monday.

That was shy of expectations for an increase of 2.4 percent following the upwardly revised 3.5 percent decline in August (originally -3.6 percent).

On a yearly basis, non-oil domestic exports jumped 12.3 percent – exceeding forecasts for a gain of 9.6 percent following the 2.7 percent gain in the previous month.