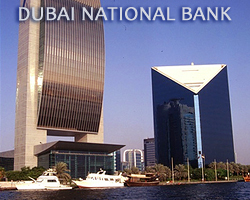 The board of governors of Bank Indonesia decided to hold the the BI 7-Day reverse repo rate at 3.50 percent. The previous change in the rate was a quarter-point reduction in February.

The decision was in line with the need to maintain stability in the exchange rate and financial system, amidst low inflation forecasts and efforts to support economic growth.

The economic growth is projected to continue to improve until the fourth quarter so that the whole of 2021 will remain within the range of Bank Indonesia’s projection at 3.5 percent-4.3 percent.

The bank said the current account deficit will be lower than previously estimated to be in the range of 0.0 percent-0.8 percent of GDP in 2021, and will remain low in 2022.

Although the central bank kept its growth forecast unchanged, the bank was much more upbeat about the economic outlook, noting that strong exports and a rebound in consumption should help support growth, Gareth Leather, an economist at Capital Economics, said.

That said, rate hikes are a long way off. A further reason not to expect rate hikes is the weakness of inflation, Leather noted.

*ISM U.S. Manufacturing Index Rises To 43.1 In May