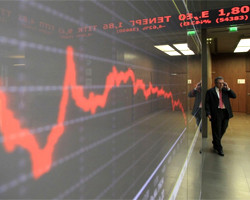 The Reserve Bank of Australia will on Tuesday release the minutes from its monetary policy meeting on October 5, headlining a light day for Asia-Pacific economic activity.

At the meeting, the RBA kept its monetary policy unchanged, leaving its benchmark lending rate steady at the record low of 0.10 percent. The board also voted to continue with the purchase of government securities at the rate of A$4 billion a week until at least mid-February 2022.

The central bank in Indonesia will wrap up its monetary policy meeting and then announce its decision on interest rates; the central bank is widely expected to keep its benchmark lending rate steady at 3.50 percent.

Finally, the markets in Malaysia and Indonesia are closed on Tuesday to honor the birthday of the Prophet Muhammad; they will return to action on Wednesday.

Malta HICP Inflation Increases In May