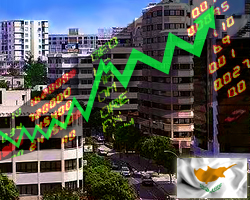 The harmonized index of consumer prices, or HICP, grew 3.6 percent year-on-year in September, following a 3.3 percent increase in August.

Housing, water, electricity, gas and other fuels grew 15.2 percent annually in September and those of transport rose by 12.4 percent.

Prices for food and non-alcoholic beverages, and recreation and culture increased by 1.4 percent and 1.1 percent, respectively.

On a month-on-month basis, the HICP fell 0.5 percent in September.

For the January to September period, the HICP increased 1.5 percent compared to the corresponding period of the previous year.

U.S. Consumer Prices Increase In Line With Estimates In July