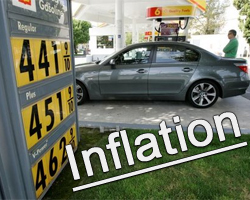 Consumer and producer prices data from the UK is due on Wednesday, headlining a light day for the European economic news.

At 2.00 am ET, the Office for National Statistics releases UK consumer and producer prices for September. Consumer price inflation is seen unchanged at 3.2 percent in September. Economists forecast output prices to climb 6.8 percent annually after rising 5.9 percent in August.

At 5.00 am ET, Eurostat is slated to issue euro area final consumer prices for September. According to flash estimate, inflation advanced to 3.4 percent in September from 3.0 percent in August.