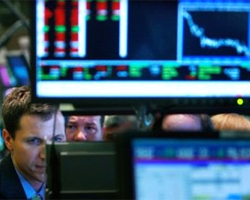 Manufacturing activity in the Philadelphia area saw slower growth in the month of October, according to a report released by the Federal Reserve Bank of Philadelphia on Thursday.

The Philly Fed said its diffusion index for current activity fell to 23.8 in October from 30.7 in September, although a positive reading still indicates growth. Economists had expected the index to drop to 25.0.

The slightly bigger than expected decrease by the headline index came even though the new orders index surged up to 30.8 in October from 15.9 in September.

The report also showed the unfilled orders index jumped to 12.7 in October from 5.4 in September, while the delivery times index shot up to 32.2 from 20.4.

Looking ahead, the Philly Fed said future indexes suggest that the surveyed firms remained generally optimistic about growth over the next six months, with the diffusion index for future general activity rising to 24.2 in October from 20.0 in September.

He added, “However, growth will be constrained by persistent supply chain disruptions, which we think will drag on activity well into 2022, with the risk of persisting into 2023.”

A separate report released by the Federal Reserve Bank of New York last Friday showed a notable slowdown in the pace of growth in regional manufacturing activity in the month of October.

The New York Fed said its general business conditions index tumbled to 19.8 in October from 34.3 in September. Economists had expected the index to pull back to 27.0.

*ECB&apos;s Schnabel: Inflation To Drop Below 2% Target In Medium Term, Risks Skewed To...