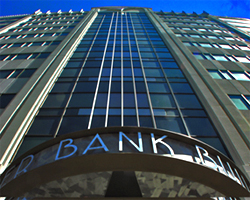 The Monetary Policy Committee of the Central Bank of the Republic of Turkey governed by Sahap Kavcioglu, decided to cut the one-week repo rate by 200 basis points to 16.00 percent from 18.00 percent.

Markets had expected a moderate 50 basis points reduction. This was the second consecutive reduction after a full one percentage points in September.

The bank had last lifted the interest rates by 200 basis points at the March meeting under the leadership of former governor Naci Agbal.
Nevertheless, the committee assessed that supply-side transitory factors leave limited room for the downward adjustment to the policy rate till the end of the year.

The bank said the recent rise in inflation was due to transitory factors. On the other hand, the decelerating impact of the monetary tightening on credit and domestic demand is being observed.

The tightness in monetary stance has started to have a higher than envisaged contractionary effect on commercial loans. In addition, strengthened macro-prudential policy framework has started to curb personal loan growth, the bank noted.

The MPC evaluated the analyses to decompose the impact of demand factors that monetary policy can have an effect, core inflation developments and supply shocks.