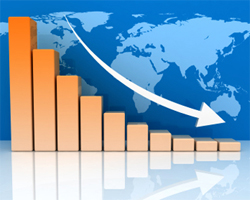 The report said the less volatile four-week moving average also dropped to a new pandemic-era low of 319,750, a decrease of 15,250 from the previous week’s revised average of 335,000.

Continuing claims, a reading on the number of people receiving ongoing unemployment assistance also tumbled by 122,000 to 2.481 million in the week ended October 9, hitting the lowest level since March 2020.

“The number of individuals collecting any type of unemployment benefit plunged 8mn in the four weeks ending October 2, with the end of federal emergency benefits accounting for more than 95% of the decline,” said Nancy Vanden Houten, Lead Economist at Oxford Economics.

She added, “Further declines in claims will be more gradual, reflecting the ongoing recovery in the labor market.”