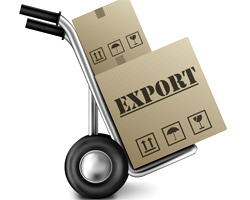 Hong Kong’s merchandise exports grew at a softer pace in September, data from the Census and Statistics Department showed on Tuesday.

Exports rose 16.5 percent year-on-year in September, after a 25.9 percent increase in August.

Imports gained 23.5 percent annually in September, after a 28.1 percent increase in the previous month.

“Yet, the pandemic development, especially the threat of the more infectious variants, will continue to cast uncertainties over the global economic outlook,” a government spokesman said.