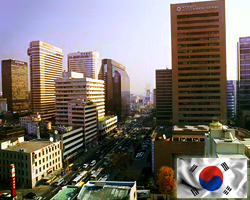 South Korea’s gross domestic product rose a seasonally adjusted 0.3 percent on quarter in the third quarter of 2021, the Bank of Korea said in Tuesday’s advance estimate.

That was shy of expectations for an increase of 0.6 percent and down from 0.8 percent in the previous three months.

On an annualized basis, GDP grew 4.0 percent – again missing forecasts for 4.2 percent and slowing from 6.0 percent in the three months prior.

Real gross domestic income also was up 0.3 percent on quarter and it gained 2.4 percent on year.

On the production side, agriculture, forestry & fishing increased by 8.8 percent, as crop yields grew. Manufacturing rose by 0.2 percent, due to an increase in machinery & equipment.

Electricity, gas & water supply increased by 0.8 percent, due to an increase in gas. Construction fell by 1.7 percent, owing to a decrease in civil engineering.

*Lagarde: ECB Has Not Just PEPP, But A Whole Package Of Tools