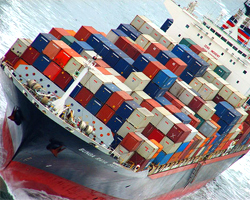 Exports grew 5.1 percent yearly in September, after a 15.8 percent gain in August.

Imports rose 32.9 percent in September, after a 39.9 percent increase in the previous month.

UK House Prices To Fall Sharply In Months Ahead: RICS

*U.S. Housing Market Index Inches Up To 83 In April

*Australian Dollar Rises To 1.6361 Against Euro, Highest Since Aug. 11