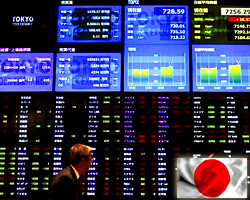 The Bank of Japan will wrap up its monetary policy meeting on Thursday and then announce its decision on interest rates, highlighting a light day for Asia-Pacific economic activity.

The BoJ is widely expected to keep its benchmark lending rate steady at -0.1 percent, although other means of stimulus may be introduced.

Japan also will see September figures for retail sales; in August, sales were down 4.1 percent on month and 3.2 percent on year.