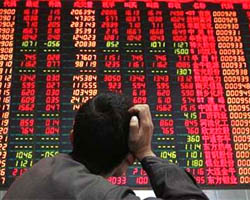 First-time claims for U.S. unemployment benefits decreased for the fourth straight week in the week ended October 23rd, the Labor Department revealed in a report released on Thursday.

With the modest decrease, jobless claims once again fell to their lowest level since hitting 256,000 in the week ended March 14, 2020.

Dollar Mixed Ahead Of ADP Data