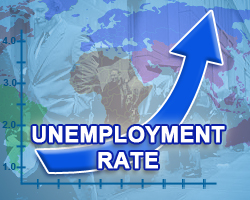 First-time claims for U.S. unemployment benefits decreased for the fourth straight week in the week ended October 23rd, the Labor Department revealed in a report released on Thursday.

With the modest decrease, jobless claims once again fell to their lowest level since hitting 256,000 in the week ended March 14, 2020.

The Labor Department said the less volatile four-week moving average also slid to a pandemic-era low of 299,250, a decrease of 20,750 from the previous week’s revised average of 320,000.

Continuing claims, a reading on the number of people receiving ongoing unemployment assistance, also tumbled by 237,000 to 2.243 million in the week ended October 16th, hitting the lowest level since March of 2020.

Next Friday, the Labor Department is scheduled to release its more closely watched report on the employment situation in the month of October.

Economists currently expected employment to jump by 385,000 jobs in October after rising by 194,000 jobs in September, while the unemployment rate is expected to hold at 4.8 percent.