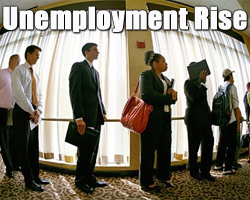 After an early move to the downside, treasuries regained ground over the course of the trading day on Friday before closing modestly higher.

Bond prices climbed well off their early lows. Subsequently, the yield on the benchmark ten-year note, which moves opposite of its price, edged down by 1.1 basis points to 1.557 percent after reaching a high of 1.619 percent.

The slightly higher close by treasuries came as traders looked ahead to the Federal Reserve’s monetary policy meeting next week.

The Fed is likely to leave interest rates unchanged but could announce plans to begin scaling back its asset purchase program.

On the U.S. economic front, a report released by the Commerce Department showed personal income decreased by much more than expected in the month of September.

The bigger than expected drop in personal income primarily reflected a decrease in government social benefits, both in unemployment benefits and “other” benefits.

Meanwhile, the report showed personal spending climbed by 0.6 percent in September after jumping by an upwardly revised 1.0 percent in August.

Economists had expected personal spending to rise by 0.5 percent compared to the 0.8 percent increase originally reported for the previous month.

A reading on inflation said to be preferred by the Federal Reserve showed the annual rate of core consumer price growth in September remained at 3.6 percent for the fourth straight month.

“We expect core PCE inflation will peak above 4% in November and only fall below 3.5% by April 2022, thereby testing the Fed’s patience,” said Lydia Boussour, Lead U.S. Economist at Oxford Economics.

“We continue to believe the Fed will avoid the policy error of tightening policy too early in the face of supply-driven inflation, but its outcome-based FAIT framework will come under increasing stress in Q1 2022,” she added. “As such, the Fed could be pressured by markets to raise rates earlier than our current forecast of December 2022.”

A separate report from the University of Michigan showed consumer sentiment in the U.S. deteriorated by slightly less than initially estimated in the month of October.

The report said the consumer sentiment index for October was upwardly revised to 71.7 from the preliminary reading of 71.4.

While the upward revision surprised economists, who expected the index to be unrevised, the final reading was still below September’s 72.8.

The Fed announcement is likely to be in the spotlight next week, although traders are also likely to keep an eye on the monthly jobs report as well as reports on manufacturing and service sector activity.