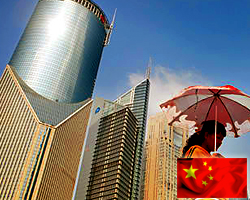 The Caixin manufacturing Purchasing Managers’ Index rose to 50.6 in October from 50.0 in September. A reading above 50.0 indicates expansion in the sector. Although only slight, the rate of expansion was the strongest recorded since June.

Official survey results published over the weekend showed that the manufacturing PMI dropped to 49.2 in October from 49.6 a month ago. At the same time, the non-manufacturing PMI came in at 52.4, down from 53.2 in September.

Lower production contributed to a further drop in manufacturing sector employment in October. Nonetheless, the rate of job shedding eased to a marginal pace.

On the price front, the survey showed that input price inflation was the steepest since December 2016. Consequently, output charges also rose at a notably quicker rate during October.

Chinese manufacturers were generally optimistic that output will rise over the next twelve months, though the degree of positive sentiment eased slightly since September.

To sum up, manufacturing recovered slightly in October from the previous month. But downward pressure on economic growth continued, Wang Zhe, a senior economist at Caixin Insight Group said.

“Policymakers should not only take effective measures to stabilize commodity supplies and prices, but also pay close attention to downstream firms, especially small and midsize ones,” Wang added.

U.S. Industrial Production Jumps Much More Than Expected In December